Dr. Askari graduated from Texas Woman’s University in 2005 and went on to receive her doctorate degree from the same university in 2008. She has practiced and managed rehabilitation in numerous settings including hospitals, nursing homes, pediatric outpatient clinics, and private practice. Dr. Askari has also been a clinical instructor for several physical therapy programs since 2007.
Treatment Philosophy
Dr. Askari uses the latest technology and evidence-based treatments that are individualized based on patients’ symptoms and evaluation findings. Her treatment philosophy focuses on constant communication with her patients and referring physicians. The patient’s goals, preferred activity level, and prior experiences shape the treatment plan and help to achieve the quickest recovery. Patient education and adherence to a home exercise program are necessary to receive the full benefit of the treatment. Close communication with the referring physician also ensures a comprehensive and effective treatment plan. 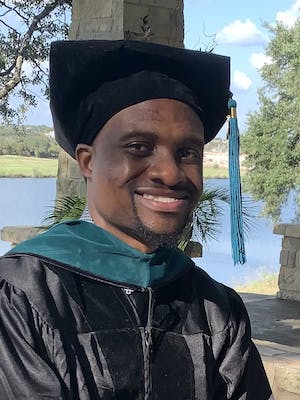 Ikenna graduated from the University of Texas at San Antonio with a Bachelor of Science in Kinesiology in 2016. In 2020, he earned his Doctorate of Physical Therapy from University of St. Augustine for Health Sciences in Austin, Texas. During this education, he has gained experience working with wide spectrum including athletes, adolescent, adults, and geriatric patients. He always takes the time to speak with each patients and make sure that they feel comfortable and confident in their treatment plan. He also understands that a strong rapport with patients is nearly as important as interventions. In his free time, he enjoys playing basketball, watching sports, listening to music and also loves exploring the great city of Austin. Kennedy graduated from Indiana University in 2017 with a Bachelor of Science in Kinesiology. In 2020, she received her Doctorate of Physical Therapy from University of St. Augustine here in Austin. Her passion of movement and caring for others began at a young age which naturally developed into a desire to integrate the two as a career.
Kennedy believes physical therapy is not one-size-fits-all word and focuses on curating custom treatments for superior patient outcomes. She has had a variety of experience with diverse populations, including: musculoskeletal conditions, vestibular and balance rehabilitation, neuro conditions, as well as pre- and post-surgical patients. Whether you are a weekend warrior or an amature, Kennedy wants to get you feeling like your best self through skilled manual therapy and innovative exercise.
In her free time, Kennedy enjoys entertaining her friends and family, watching Ohio State football, walking her frenchie, Bowie, and paddle boarding at Barton Springs. 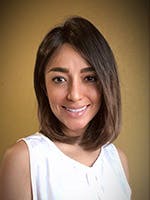 Pegah graduated from Iran University of Medical Science and Health Services in 2009. She became a Certified Pelvic Floor Specialist with Herman and Wallace Pelvic Rehab institute in 2017. Pegah has worked in a wide range of settings, including acute care, post-surgery, outpatient orthopedic facilities, and aquatic rehab. Pegah has treated a wide range of patient populations, including young aspiring athletes to geriatric patients, tailoring the therapy to their personal needs. She emphasizes patient education to promote the understanding of structural abnormalities, therapeutic exercises, and activity modification to manage and prevent symptoms. She also values the integration of skilled manual therapy to directly address pain, enabling patients to achieve their personal goals faster. Returning to school in 2010 Dan graduated from ACC’s PTA program in 2014. Dan spent the first year after graduation in the Hospital and Rehab setting. Then Dan spent a year in geriatric care in a memory care facility. Dan started at APTS in May of 2016. Dan’s intentions were to eventually get to the outpatient setting where he could more readily apply his massage therapy skills for which he got his license in 1992. After being the office manager at the Turtle Dragon for 13 years, a Chinese Medicine clinic, Dan decided to return to school to find a profession that would further his interest in the human body that would also allow the application of his interest in the practice of massage therapy. When not working Dan uses his skills gained from his first degree, Music, in the various Symphonic Choruses Austin has to offer and with his musical friends in the studio. Dan and his wife Jean have lived in South Austin for 16 years and have 2 special Cornish Rex cats. 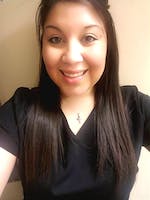 Roxanne Ramirez is an Austinite who graduated with a Bachelor of Science from the University of Houston, main campus in December of 2011 with a major in Kinesiology and minor in Health. After graduation, Roxanne worked as a physical therapy technician for some years in both hospital and outpatient settings. In 2017 Roxanne received her Associates in Physical Therapy from South University in Round Rock, TX. During her studies, Roxanne completed an FMT course, where she received certification for Functional Movement Taping through Rock Tape.
Roxanne believes in personalizing every patient’s plan of care to best fit their goal(s) using evidence-based practice and clinical reasoning. Ms. Ramirez believes in not only treating the dysfunction of the patient but the patient as a whole with hands and ears that are willing to help. 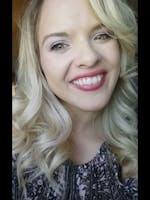 Tysa accomplished graduation from Green River College’s PTA  program in June 2017 out of Auburn, WA. Within her college experience, she has had a wide variety of exposure to various patient populations and conditions. Since obtaining her license to practice, she finally made the big move that she has dreamed of to her new home of Texas. Outside of Tysa’s full-time position here at APTS, she also works at HCR ManorCare of Austin (a skilled nursing facility) to supplement her exposure to various rehabilitation settings. Tysa’s techniques and treatment approach are as unique and detailed as each patient that leaves her table feeling much better than when they came in. She is very passionate about incorporating both manual and active methods to promote symptom relief. Since having no college debt from working two jobs and earning scholarships when she was a student, she is open to the idea of pursing DPT school. Her enthusiasm to learn and joy from serving others keeps our patients smiling all day long. 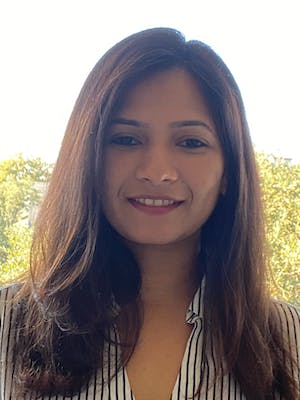 Juilee obtained her Physical Therapy education from Pravara Medical University, India in 2011 followed by Postgraduate degree in Orthopedic and Sports Injury Management from University of Brighton, UK in 2014. With more than 3 years’ experience practicing as a Physical Therapist in various clinical settings including Inpatient and Orthopedic Outpatient facilities, Juilee brings hands on working experience with Post- surgical, pre-surgical, Musculoskeletal conditions and Vestibular Rehabilitation. Juilee has worked with athletes, adult and geriatric population and believes in evidence-based practice and tailoring rehabilitation programs for patient needs. Her treatment philosophy focuses on patient education, understanding movement patterns and using holistic approach to treat the cause rather than simply treating the symptoms. Juilee has special interest in Myofascial release therapy, kinetic chain, functional movement patterns and plans to further her education and experience by obtaining Manual Therapy Certification
When she is not working, Juilee enjoys exploring Austin, hiking, traveling and spending time with her friends and family.